Please join us in welcoming our new executive director at San Diego Audubon, Travis Kemnitz, who comes to Audubon from the Ocean Discovery Institute here in San Diego. A RISE San Diego Urban Leadership Fellows alumnus and USD graduate, we’re excited to have Travis on board as we advocate for greater climate resiliency, habitat, and clean water as part of our ReWild Mission Bay campaign, along with the opportunity for greater parkland and low-cost camping options for all San Diegans. Read the full press release here.

Another Incredible Love Your Wetlands Day

Thank you to everyone who joined us for the 15th annual edition of Love Your Wetlands Day at Kendall-Frost Reserve on Feb. 1st, with a special thanks to our coalition partners who set up tents and tables, and all the elected officials and candidates who stopped by and made remarks. See all our Love Your Wetlands Day photos at our new Flickr account, and tell your friends and family about the extraordinary opportunity to restore wetlands and enable carbon sequestration, cleaner water, and greater habitat for native plants and animals.

Times of San Diego: Restored Wetlands Will Help Save Birds 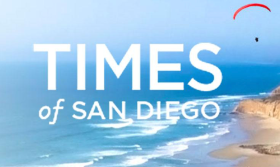 ReWild Mission Bay campaign director Andrew Meyer and campaign coordinator Tommy Hough co-authored a Times of San Diego piece detailing how wetland restoration and the implementation of the Wildest proposal in northeast Mission Bay may help recover diversity and abundance in the region’s resident and migratory birds, all the more critical in light of a new report from the National Audubon Society that finds two-thirds of North American bird species vulnerable to extinction due to climate change. 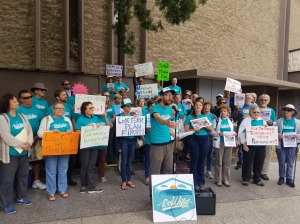 While the June 24 lease deal between Campland and the City of San Diego postpones implementation of the “Wildest” wetland restoration plan in northeast Mission Bay for up to eight years and undercuts the public planning process already underway, the San Diego Audubon Society with input from the ReWild Coalition reached an agreement with Campland and the city on Oct. 7 that guarantees a pair of key components as part of Campland’s expanded leases. Read our entire statement here.

An Incredible Day at Kendall-Frost Marsh 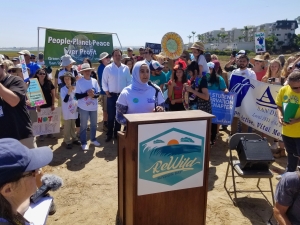 No one ever said ReWild Mission Bay can’t throw a party, especially when we’re working with our friends at San Diego 350 on the first ever March to the Marsh in support of the Global Climate Walkout. A huge thanks to everyone who took part, especially the students of Mission Bay High School, San Diego City College and the Grossmont-Cuyamaca Community College District. It was their day to call for climate action. Our leaders would do well to listen. 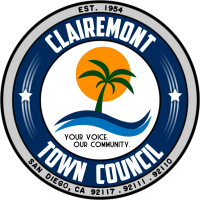 Great news as the Clairemont Town Council has endorsed ReWild Mission Bay’s “Wildest” option for wetland restoration in the northeast corner of Mission Bay. Citing a loss of native wetland habitat and the expected sea level rise by 2100, the Clairemont Town Council noted in their letter to San Diego City Council that the Wildest option marked a baseline departure point from which to consider an overall revitalization of Mission Bay Park in a manner to ensure climate resiliency for the next 80 years.

Long-time San Diego environmentalist and San Diego Audubon board member Jim Peugh made the case for ReWild Mission Bay and a cleaner, revitalized northeast corner of Mission Bay in a recent opinion piece in Times of San Diego. Read the story, and share it with friends and family as we keep the pressure on elected officials to act now in order to take advantage of a once-in-a-generation opportunity to get the revitalization of Mission Bay Park right.